Millennials on Family and Business 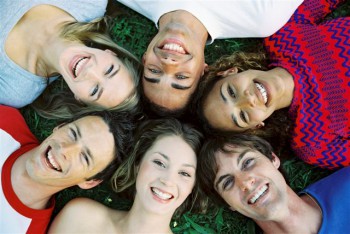 I have a son who is almost 21 years of age. I am lucky. He has a work ethic, and even though he would love to be Peter Pan for his whole life, my blunt, no nonsense approach has made him face the facts that Peter Pan will not give him the life style he so demands.

However with this said, I have recently been involved in another family members life crisis. 5 months ago a family member was made redundant. He has apparently looked for jobs, but won’t return phone calls, or even keep his phone on him and turned on. Why, I can only assume because he will get a job, and can no longer excuse his laziness and desire not to work.

If you are reading this, you may think I am harsh. However, I will back this up, by stating, we offered him work, and he has elected for the last 2 weeks not to take up this offer. He did not return 2 phone call messages, or even answer the phone on the agreed call time. Blamed his 5 year old son for having his phone. In the end, he decided not to work this week, because he hopes to have job interviews! Just to get this in perspective, the offer was made because his family (wife and 2 children under 6) would not be able to make their mortgage payments in 5 weeks time.

I can repeat this story for other family friends, their children, nieces and nephews.

What is with this generation?

Our whole country is drowning, and no one is taking the hard calls. Our politicians are too busy feathering their own nests. Those employed are busting butt trying to get from A to B. Big business, care for those that are part of their group, and too bad for the rest. Some companies only care about the bottom line. For the last 20 years, our government has just demanded businesses give more. Well businesses have had to go too far, they are now leaving the country or giving up (quitting or retiring).

So where does this lead?

Dollar depreciation creates a domino effect from lesser lifestyle standards to higher crime rates. I believe if a survey was done, those unemployed for 3 months, it would be clear, how much emotional damage has affected these people. We have a responsibility not only to the physical welfare but the emotional one as well. Pacifying welfare recipients is a recipe for disaster in this country. Our government need to be responsible and face these facts.

What do I think we should do?

Experts in this area will bring many ideas. These ideas need to be considered and an active plan put in place, that must be followed and reviewed by each government party whether they be Liberal or Labour. This generation needs to understand that Peter Pan is dead! Living off their parents after the age of 21 is abuse (unless studying and this should be agreed to by the parents prior, with a specific end date).

The Welfare State as we have it, should cease. We need to find our own path. Review the pluses and minuses of the Welfare systems in the UK, the USA and other countries. Come up with a plan and option that will work for Australia.

I feel we are looking at this a bit like the Carbon issue. Doing too little, too late. We will pay the penalty.

I for one, will not stand by and let this happen. I am taking the hard calls today, and hope that my son, will learn, rise above, and be an achiever for his generation. The few that do stand up, will be given opportunity, and will reap success.

As far as business and myself. Well, I try to find the gems in generation Y. They are there, even though hard to find. But Gems they are, and as such, greatly valued by myself.