SQL versus NoSQL – The Battle of Database Management Systems 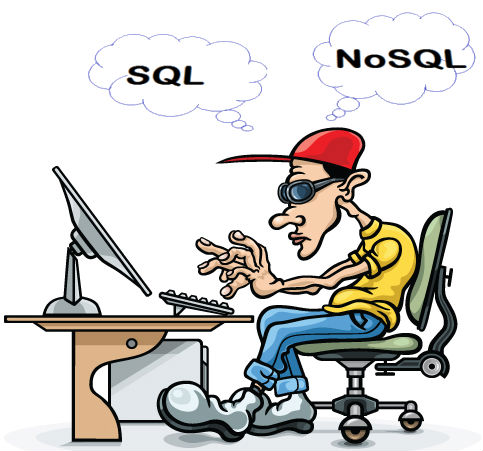 With the enormous amount of data among us, it drastically changed the landscape of how we will store and process structured or unstructured information. This calls for an innovative approach to address the need for scalable and improved performance brought about by database management challenges.

We can’t deny the sudden emergence of SQL and other forms of relational databases to solve this issues but a new player comes with a much better options to offer – as they call it NoSQL. NoSQL offers aggregating oriented databases (Key-Value, Document and Column-family data models), graph databases and the Hadoop ecosystem, which is known as an open-source software framework for storage and large-scale processing of data-sets horizontally. The Hadoop ecosystems also do this processing of data in parallel to clusters of commodity hardware making database management systems running smoothly with minimal errors. We can say that somehow NoSQL addresses issues that relational databases can’t work with while offering a robust ecosystem and standards that matches the capabilities offered by relational databases such as SQL.

Companies and organizations as such are facing a big decision of choosing which to choose among the two. However, we can determine what solution to use to solve the problem through knowing the capabilities and weaknesses of each tool.

Here are our top choices to answer the problems of data organization. We dissected them for you to further understand which solution is best for your business:

This approach solves the problems of dynamic structured data. Dynamic data is interconnected to the context of each other. Over the years, data relationships became vital as the data itself so the role of relational database is to traverse relationships using joins. A join is a search key to use in another table which can be improved by indexing the other keys. The downsides however of this approach is slower data manipulation (add, edit, and delete functions).

Â This system is manufactured to scale out data horizontally using MapReduce technology that splits up the problem and send it to servers for them to process it in parallel. The results derived from each servers are aggregated and then get resolved as compute and storage functions co-exist in the same server. Technically-speaking, Hadoop is not considered a database system as it does not support transactional processing unlike relational databases.

Both of them offers great evolution and solution as far as data management is concern. Both of them are best at keeping data storage and retrieval optimized and smooth-operating. It’s hard to distinguish who will be at par because both of them are superb. Let the developer decide which one to use as it will always depends on the situation and need of the business. Both SQL and NoSQL databases can improve their capabilities by offloading the ingress, processing and egress of large volumes of data to Hadoop, allowing them to focus on their true capabilities and use case.