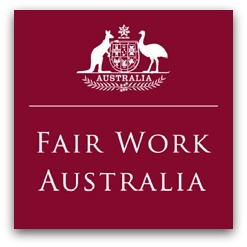 As a business owner and employer of 32 years experience in South Australia, I am angry and tired of being abused by our Governments. For 32 years, I have done the right thing by staff, government and the Australian people and what is the outcome ABUSE!!!  Even worse than this, there is one set of rules for us and one for the Government – that’s just not fair – so much for a “Fair Go Mate”!!!

The business vacancy signs increase as does unemployment. Why can’t our government or our business advocates hear us? Not only do they refuse to hear us, if their own reports force them to see, they change the rules so the reports don’t show them the facts , e.g. unemployment figures.

This tax is placed on a business that employs too many people. However, the Government does not have to pay Payroll tax, and they often compete and quote against business for contracts.

This is giving government an Unfair advantage and a false costing, when comparing Private enterprise to Government.

But what a stupid tax.

Brought about because the PAYG that we employees pay, is being abused.

Originally PAYG or payroll tax, was paid to the government for 2 reasons. Running the Government and to provide a pension in our retirement.

So what now, we will increase the retirement age, and make people be self funded, whilst we increase the PAYG tax.

Plus to add to the nightmare, as a business each person has a right to chose their own fund and we must oblige this – Funny – the government does not offer the same rights to Government employees – Why – probably too hard!

Fact, living in SA is cheaper than the same lifestyle and life in Sydney. E.g. to live the same distance from the city, with the same food, etc. costs more in Sydney than in Adelaide. So in the past our pay rates, reflected this. Oh! But that was considered unfair!! So now we have the Fair Work Act, and we pay all people all over Australia the same rate. So when Cities smaller than Melbourne and Sydney could get jobs because of our labor rate, we no longer can. This the end effect is chaos. We are overburdening Sydney and Melbourne and losing all our talented youth to there. We are closing businesses. Those that remain open are getting less work and doing with less staff or less profits. This is non Sustainable. What brilliant legal team thought this through. Here in SA we face an election were all are promising to create new jobs (this statement in itself is a joke), but without removing this act and getting really fair – how can this be sustainable.

Many employers are 50+ years old. They have been raised without a computer, and learnt computing post school. 60% of those employed are employed via small business owners. These people often struggle with fulfilling the extra demands of Government. For example. 20 years ago, a business paid, and reported annually is Payroll related tax, its Income tax, and its financial situation. Today, we do monthly or quarterly paperwork on pays and Income. Plus annual reports. What does this mean, more paperwork, or accounting, higher accounting costs. Here is the real bug bear. 20 years ago, we paid in arrears by between 2 to 18 months. E.g. after the end of the financial year, it would be due with our company reporting. Now we not only pay each month, but we even pay predicatively in advance on our Income Tax. How abusive is that!. Pay even before we make the income – and too bad if you have a loss, you wait and the Government in the mean time enjoys your money. Plus if you are late, you get huge interest fees.

The other night on TV, an audience complained that Businesses aren’t fair when it comes to apprenticeships. I used to employ apprentices and post graduates – but no longer. It just does not pay – thanks to the Fair work Act. The reasons are simple, the unskilled unexperienced worker does not perform anywhere near the same level as a skilled worker – but we have to pay them a rate that does not relate to performance but a fair work rate. E.g. a skilled worker may get $30 per hour full time, the unskilled worker gets $22 per hour, but needs the support of the skilled worker to do his or her work. So you save $8 per hour, but it costs you about $10 per hour to support, so you are losing $2 per hour to employ an apprentice. The schemes the Government offer don’t financially cover the costs. Our government is really not being fair to our youth, and only either a foolish businessman or a businessman with personal reasons would take on an apprentice.

We are told to buy Australian – why then does our Government buy off shore, when the same if not better solutions are here and available locally.Why – because of cost, and the cost is high because of labour. This is just so unfair.

Well our government has given us the only solution. Employ contractors or Virtual assistants. This is the harsh outcome of all these demands. For some business people, it is just too hard, and they are just giving up. I still however have hope, that our government will wake up and start caring for its people, and bring back some true fairness for employers and employees. Maybe someone in the government might even read this blog and think about bringing in some changes that will assist all of us.